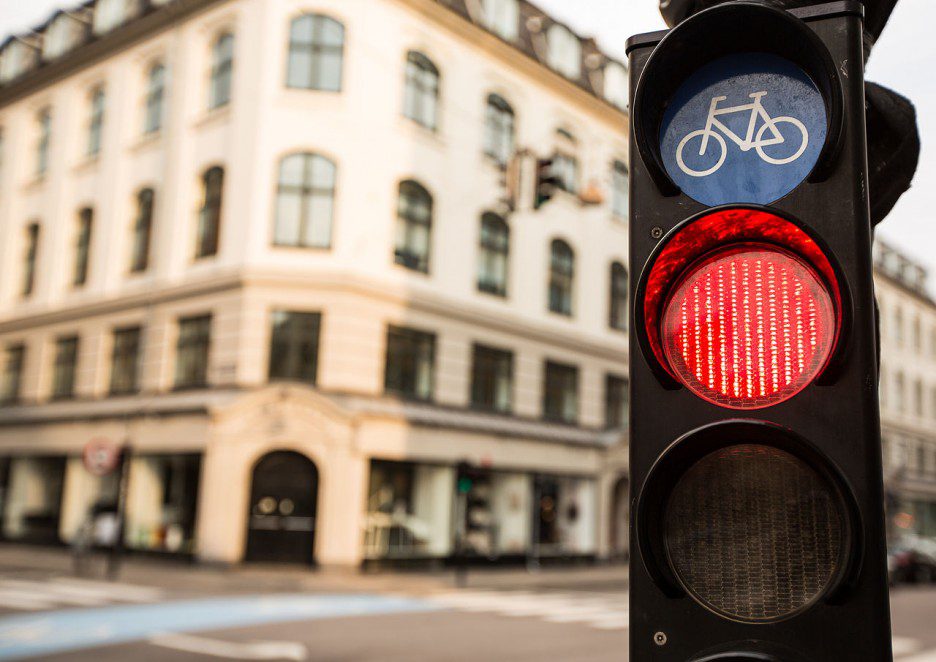 As a bicycle accident attorney, cyclist and advocate, I prepared this as an overview of laws that might be beneficial to Missouri cyclists. It is not a complete review of the laws.

All statutory references are to Revised Statutes of Missouri (RSMO) Missouri follows pure comparative fault. Prior to 1983 Missouri was a contributory negligence state. In the landmark case of Gustafson v Benda, 661SW 2d 11 (Mo Banc 1983) the Supreme Court adopted comparative fault.  What this means is that a plaintiff can recover regardless of any fault of his own. Any damages are reduced by the amount of fault.

No caps except as to government agencies. A jury awards what is “fair and reasonable.” (Chapter 57 Revised Statutes of Missouri.)

As used in sections 307.180 to 307.193: (1) The word bicycle shall mean every vehicle propelled solely by human power upon which any person may ride, having two tandem wheels, or two parallel wheels and one or two forward or rear wheels, all of which are more than fourteen inches in diameter, except scooters and similar devices; (2) The term motorized bicycle shall mean any two or three-wheeled device having an automatic transmission and a motor with a cylinder capacity of not more than fifty cubic centimeters, which produces less than three gross brake horsepower, and is capable of propelling the device at a maximum speed of not more than thirty miles per hour on level ground. A motorized bicycle shall be considered a motor vehicle for purposes of any homeowners- or renters- insurance policy.

TREATMENT AS A VEHICLE AND RIGHTS AND DUTIES

307.188. Rights And Duties Of Bicycle And Motorized Bicycle Riders

Every person riding a bicycle or motorized bicycle upon a street or highway shall be granted all of the rights and shall be subject to all of the duties applicable to the driver of a vehicle as provided by chapter 304, RSMo, except as to special regulations in sections 307.180 to 307.193 and except as to those provisions of chapter 304, RSMo, which by their nature can have no application.

Bicycles are non-motorized. No application here nor does Missouri have public intoxication law.

No texting if under 21 years of age. Commercial vehicles – no use of handheld telephone, period.

Every bicycle and motorized bicycle shall be equipped with a brake or brakes which will enable its driver to stop the bicycle or motorized bicycle within twenty-five feet from a speed of ten miles per hour on dry, level, clean pavement.

307.185 Lights And Reflectors, When Required – Standards To Be Met

USE OF THE ROAD, WHERE TO RIDE

307.190. Riding To Right, Required For Bicycles And Motorized Bicycles

Every person operating a bicycle or motorized bicycle at less than the posted speed or slower than the flow of traffic upon a street or highway shall ride as near to the right side of the roadway as safe, exercising due care when passing a standing vehicle or one proceeding in the same direction, except when making a left turn, when avoiding hazardous conditions, when the lane is too narrow to share with another vehicle or when on a one-way street. Bicyclists may ride abreast when not impeding other vehicles.

307.191. Shoulder Riding, Allowed But Not Required For Bicyclist Operators

(1) A person operating a bicycle at less than the posted speed or slower than the f low of traffic upon a street or highway may operate as described in section 307.190, or may operate on the shoulder adjacent to the roadway. (2) A bicycle operated on a roadway, or the shoulder adjacent to a roadway, shall be operated in the same direction as vehicles are required to be driven upon the roadway. (3) For purposes of this section and section 307.190, “roadway,” means that portion of a street or highway ordinarily used for vehicular travel, exclusive of the berm or shoulder.

The operator of a bicycle shall signal as required in section 304.019, RSMo, except that a signal by the hand and arm need not be given continuously if the hand is needed to control or operate the bicycle. An operator of a bicycle intending to turn the bicycle to the right shall signal as indicated in section 304.019, RSMo, or by extending such operator’s right arm in a horizontal position so that the same may be seen in front and in rear of the vehicle.