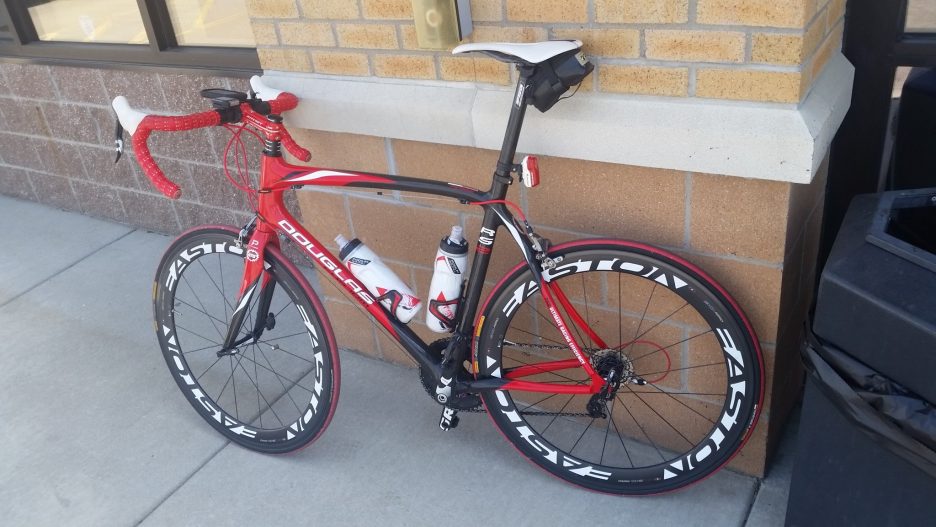 Nearly every week this summer I have been hired by a cyclist who has been hit by a car or a truck, unfortunately. None of these cyclists have been cited with a moving violation or found to be negligent or liable themselves.

What do we have to do to not be targets for the distracted motoring public? I know what some statistics say and the arguments that cyclists aren’t legally required to wear bright colored clothing. Being a hands on, simple solution kind of guy, I started looking for answers. I talked with an experienced cyclist, Douglas Bankston of Olathe Kansas about this issue.

Doug is a 40 something, married, father of two. The good natured Bankston is a VP in IT at a local credit union. Bankston relates that he has logged over 90,000 miles over the last 26 years. His father gave him some sage advice when he told Doug, “It doesn’t matter if you had the right of way, if you’re dead”. How true!

Doug’s secrets to success:
1. Wear bright colors including helmet, jersey, and if cold, bright arm warmers.
2. Doug rides a colorful bike
3. Try to avoid riding into the sun. Drivers and you might be blinded
4. Watch for the dreaded left hook-where car turns in front of you.
5. Don’t assume a driver will yield right of way.
6. Don’t assume drivers understand rules of the road as they relate to bikes.

Let me add, that I agree with Doug’s points and I thanked him for his help. I would also add, when was the last time you saw a highway worker or a survey crew dressed in black or gray? 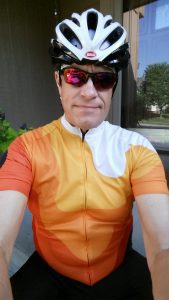 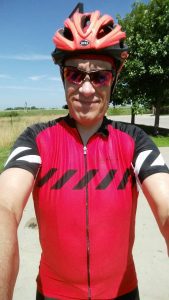 Driving a motor vehicle is serious business. A driver has the duty to keep a careful lookout and  exercise the highest degree of care. I plan to make those tasks easier; where did I put my chartreuse riding helmet and lemon/lime socks?  Happy riding.