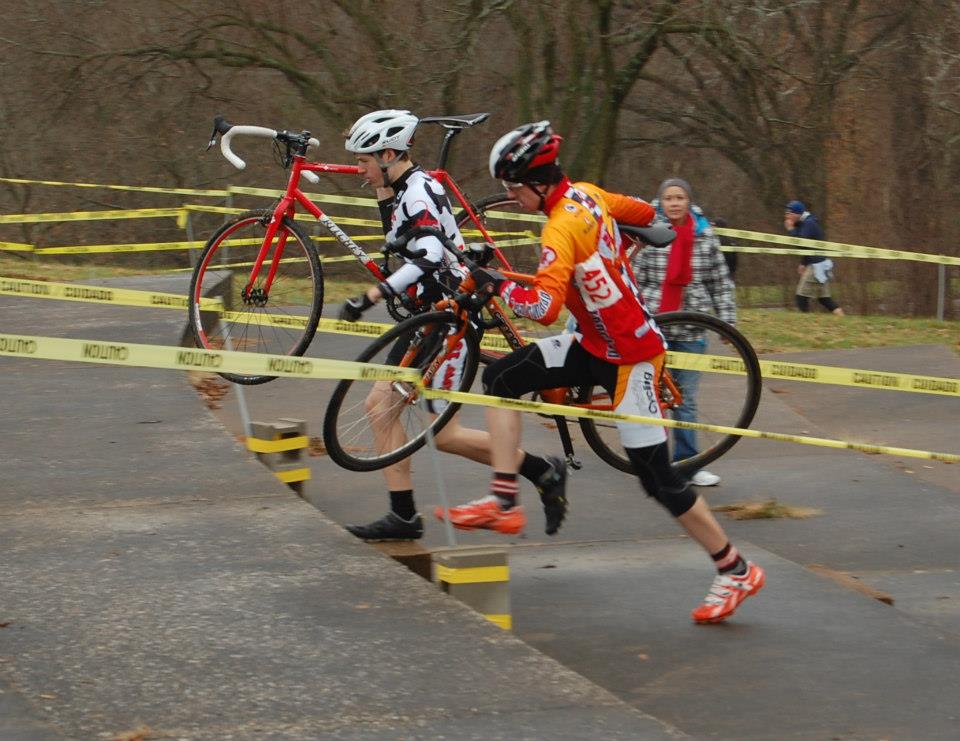 Over the weekend, riders from around the region converged on Jefferson City for two days of racing including the 2012 MO State Cyclocross Championships. Cooler weather and overcast skies blanketed the region with race temps hovering in the mid-40s. This ‘cross season has been unusually dry here in the Midwest but light rain moved through on Sunday which made for a damp course. Ellis Porter/Riverside Park in Jefferson City hosted the entire race weekend. Riders were able to pre-ride the championship course on Saturday at the Capital City CX race.

Sunday’s race, held on the same course as Saturday’s Capital City CX, had riders competing for title of 2012 MO State Cyclocross Champion. Winners in each race category earned the right to claim the state championship title for the next 12 months. Christopher Locke of Cow Town Cycling Team in KC was very impressed with the state championship course,

“[It] was very demanding with climbing and very technical descents. The course was marked very, very well. One of the best marked courses I have ever attended.”