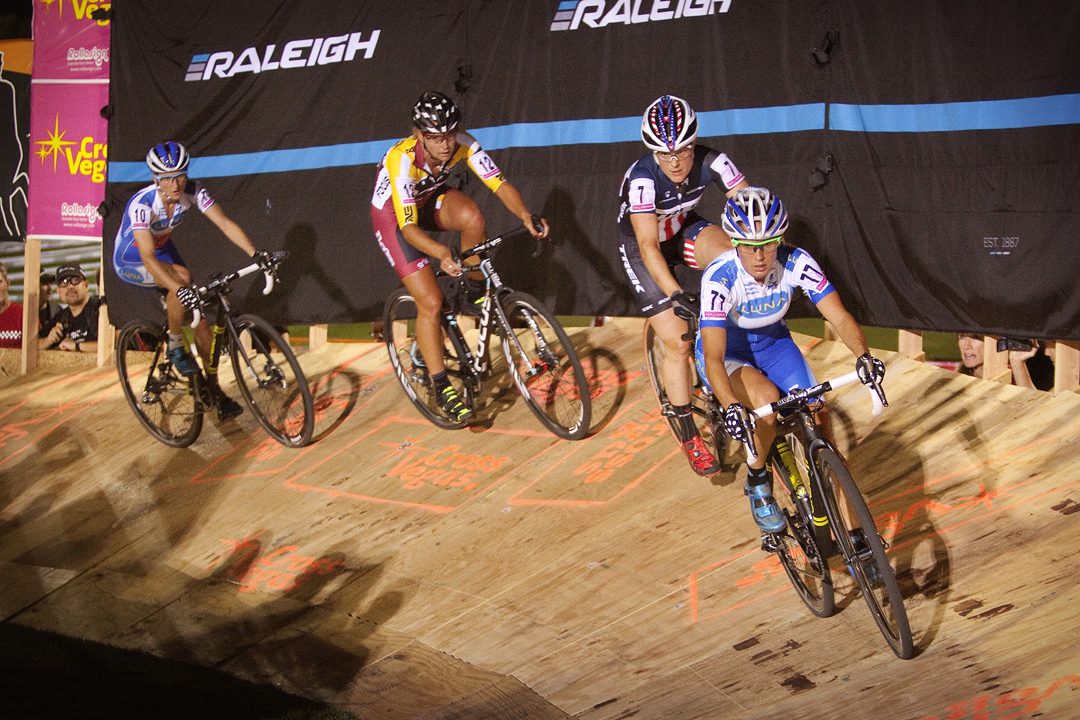 The racers had no disillusions about what they were going to have to do to compete in this race; the area had seen two days of rain creating heavy course conditions. At the official’s signal, the ladies exploded across the start line, flying through the finish area before heading out on the opening lap.

After the first few laps the race lead was down to four riders. With three laps to go, Katerina Nash, Meredith Miller, Katie Compton, and Catharine Pendrel had established themselves with a good lead over the rest of the field. A group of seven led by Caroline Mani (Raleigh Clement) was chasing hard about 30 seconds behind the leaders. Inside two laps to go, the four leaders continued to extend their lead over the chase group, which by now had split in two with riders splintering off of the chase groups due to the hard pace at the front.

The lead group started the final lap together. As they  made their way through the course they were watching each other, not wanting to be surprised by a late race attack. The hammer was down as the riders approached the paved section when Catherine Pendrel suddenly went down. Catharine clamored to get back on terms with the other three riders but the damage was done. She chased hard to close the gap but it would be to no avail. With less than half a lap to go it was down to Miller, Compton, and Nash. Worried about attacking too soon, Meredith played her cards close to her chest; trying to avoid expending any unnecessary energy; she mostly sat in on the final lap. The leaders approach the barriers leading into the climb at CrossVegas 2014 Photo: David Tsai

All eyes were on the three leaders as they made the final turn, about 200 meters from the finish. There was plenty of jostling for position as the riders approached the final turn before the finish. Compton, with her fast finish and uncanny ability to win just about any race held in the U.S., was a sure bet for the win.

Meredith waited until she felt the time was right to go after the win.  “I tried to come around Katie in the last few [twists and turns] and wasn’t successful and almost took myself out! So coming out of that last turn, I am not a quick accelerator, I am more of a power sprinter. It takes me awhile to wind up.”

Compton led through the final corner but Miller dug deep, delivering the surprise of the day with a long powerful sprint that carried her to victory just ahead of Compton and Nash. “Luckily, it was just long enough for me . . . and as I came around Katie, coming up to the line I was like, ‘Oh my god, is this really happening?'”

It was a great sprint, more reminiscent of a criterium finish than that of a cross race. Meredith took the victory but Compton and Nash refused to let Meredith walk away with the win. They finished just feet behind Miller, receiving no time gaps.

Coming off of a road season with very little racing, winner Meredith Miller sounded like she was more surprised than anyone else with her victory; “This is the first time in I don’t know how many years, I haven’t had a full road season so I didn’t even know myself how I was going to do.”

Nobody could blame Meredith for being a little apprehensive about her chances for a victory at this year’s event. Katerina Nash, winner of two of the last three editions of CrossVegas, National Cyclocross Champion Katie Compton, and Catharine Pendrel, fresh in from her recent Mountain Bike Worlds win were all on course and none of them were going to go down without a fight.

Meredith stated that she thought the extra rest and less structured season might have kept her legs fresher and contributed to her win. She hopes that for the rest of the season, she will continue to benefit from her time off. Meredith Miller was very  excited after her CrossVegas 2014 win

Katerina Nash finished second on a cross bike she had just received two hours before the race. She arrived in Las Vegas after racing in Norway four days prior to CrossVegas. Nash was happy with her effort, “Second place was great, it was a strong group riding at the front of the race and I was happy that I was one of the players. I made a little mistake at the finish, just kind of got myself shut down with those two girls, it is something to learn from and take it to the next race.”

Katie Compton, despite putting in a lot of time on the front of the lead group, said that she did not feel that she had the best legs at the race. “It’s a tactical race here. I was just waiting for the sprint. The last few turns we were all being aggressive and passing each other. I ended up leading in the last sprint. Meredith came around me like a rocket.”

Compton was still happy with her third place finish in the opening cross race of the season. “The course is quiet technical  . . . I never know what to expect here so I just tried to do the best I could . . . I am happy, it is a good start.”

It was a great victory for Meredith Miller, who was clearly ecstatic about her performance in the season opener. She played her cards right and managed to beat an impressive lineup of riders. 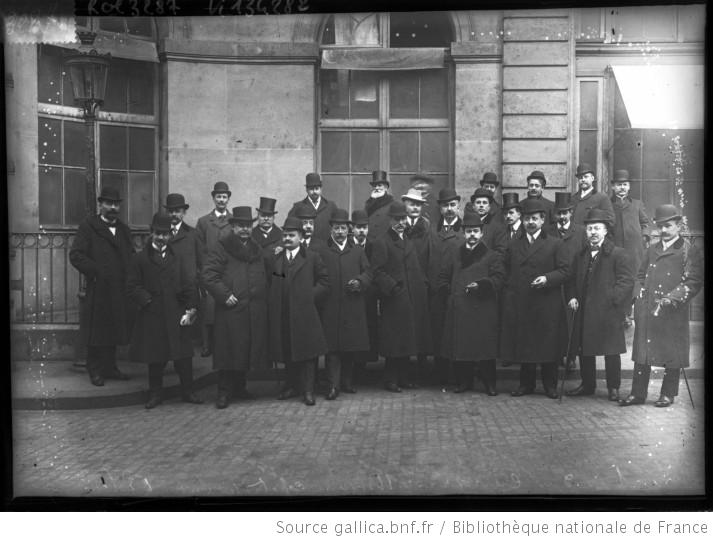 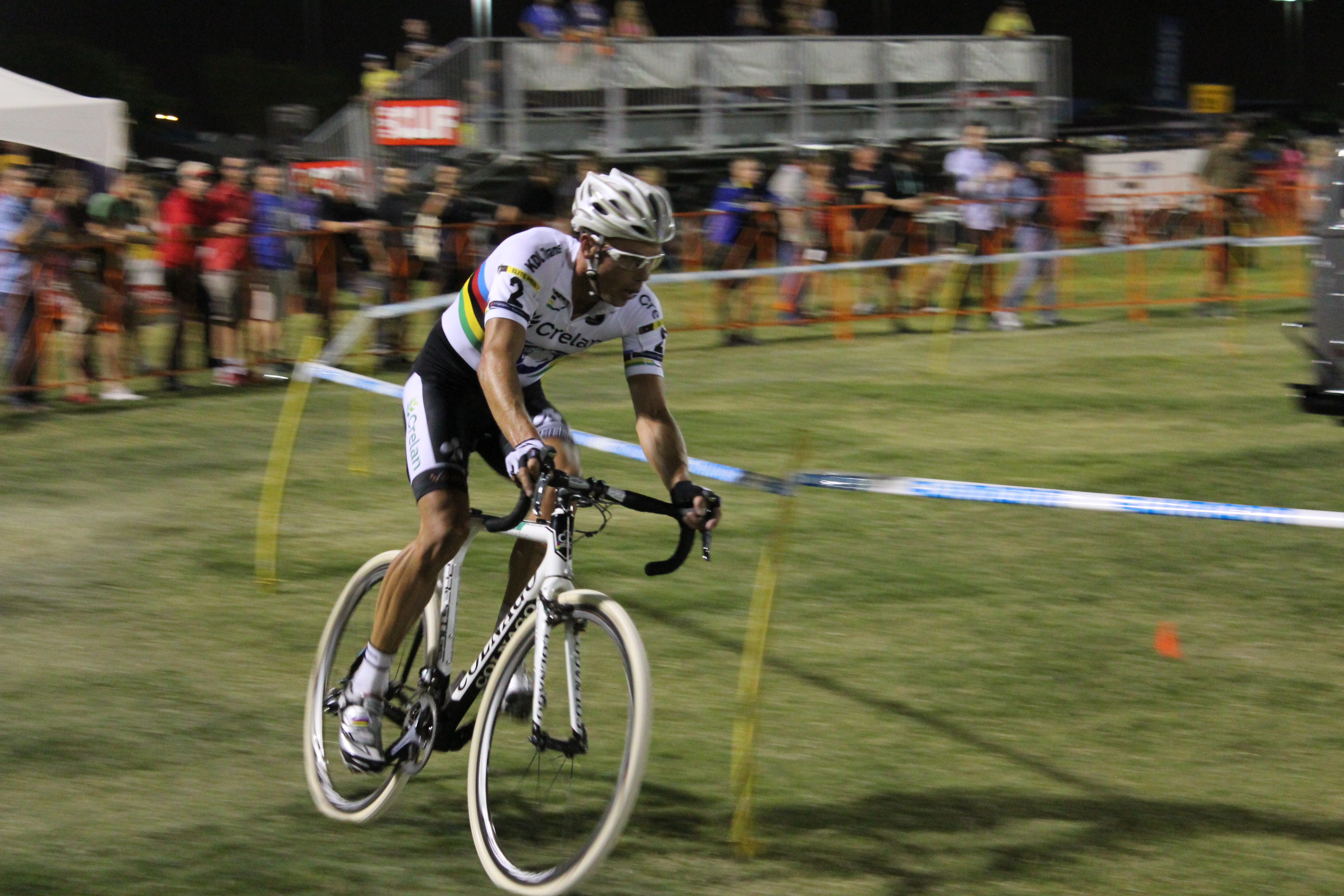 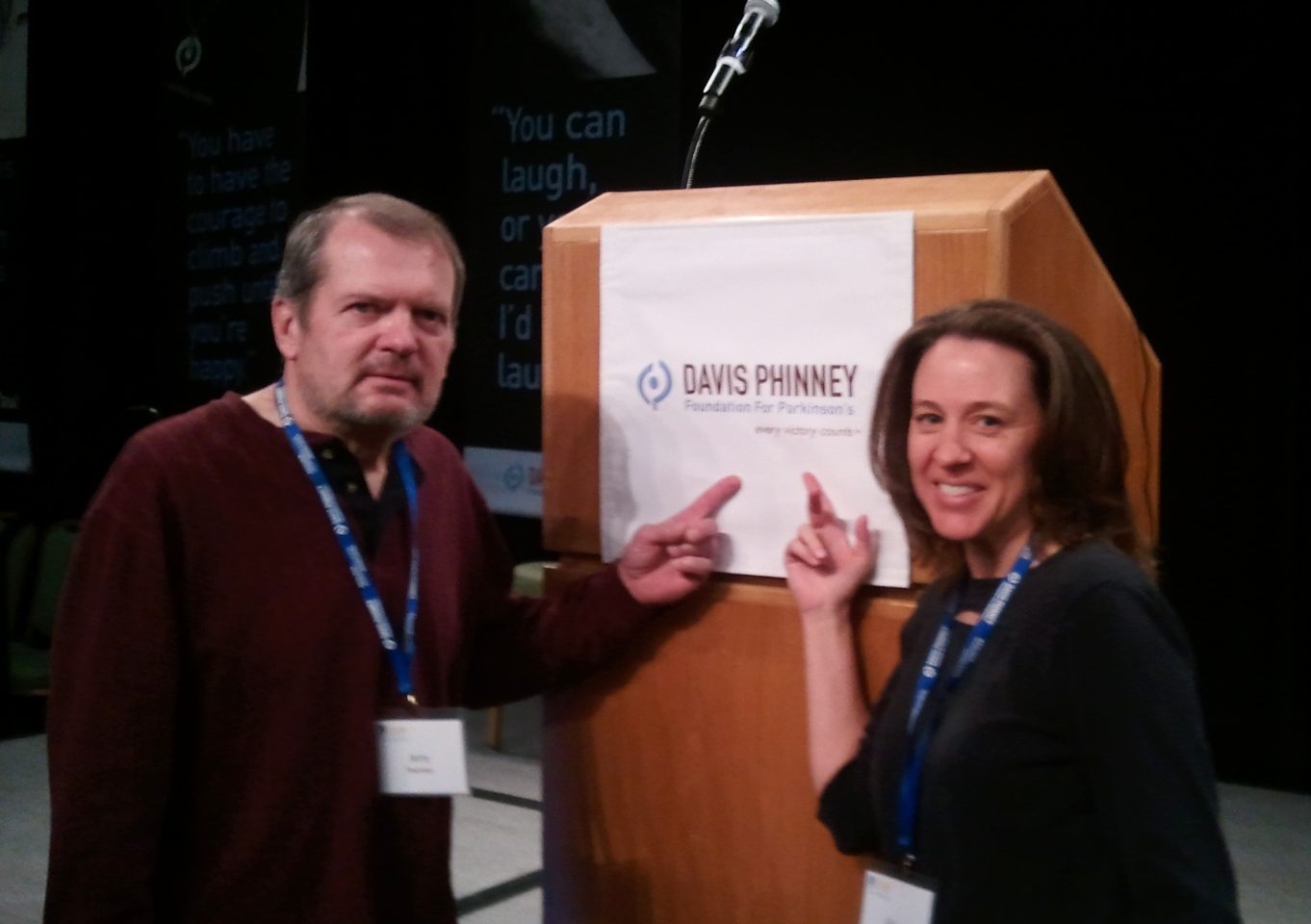 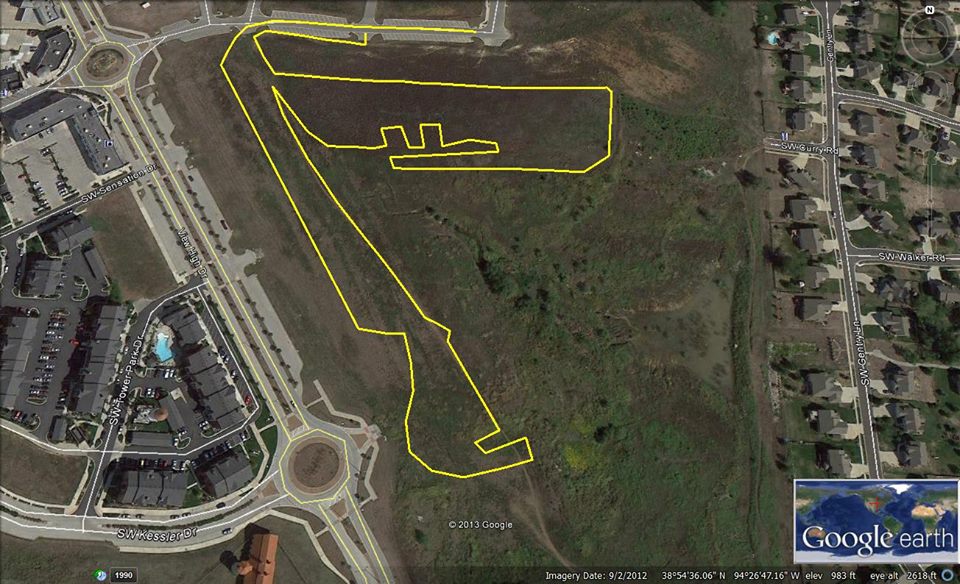