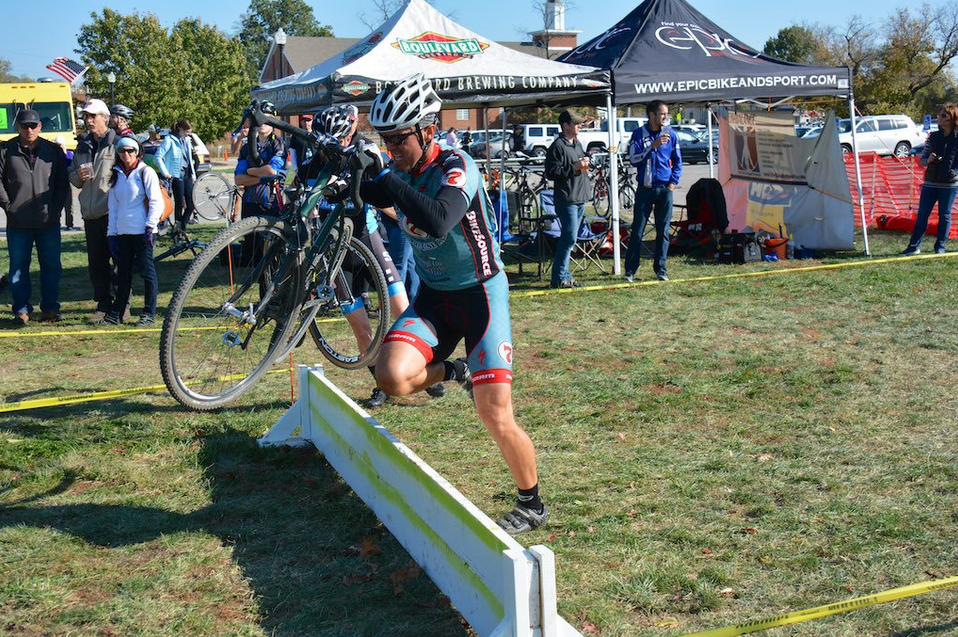 KC cyclocross racers felt a little bit more at home in the cooler fall weather that moved into the area over the weekend. Two great events, Colavita Cup and Boulevard Cup Cyclocross were held at Herman Laird Park in Shawnee, Kansas.

Saturday’s Colavita Cup began with some of the coolest temperatures of the season with overnight lows dropping into the 30s. The course contained of a variety of features including some long flat sections, pavement, crushed gravel, a mud pit, and plenty of twists and turns creating a pretty technical course. There was also one set of barriers to traverse placed immediately after a 180 degree turn, creating an especially technical dismount.

Aside from the one muddy section, the course was dry and fast. The mix of terrain and features allowed riders of varying strengths and abilities to use parts of the course that suited their riding style to make up ground, or try to separate themselves from the rest of the field.

Boulevard Cup Cyclocross was held on Sunday utilizing the same course run in the opposite direction. The barriers were flipped so that the riders approached via a right hand turn. The weather was about 10 degrees warmer than on Saturday and the wind was blowing at 25-30mph. The warmer temperatures softened the muddy section which scrubbed a lot of speed, speed that was needed to ascend the small rise located immediately past the mud. 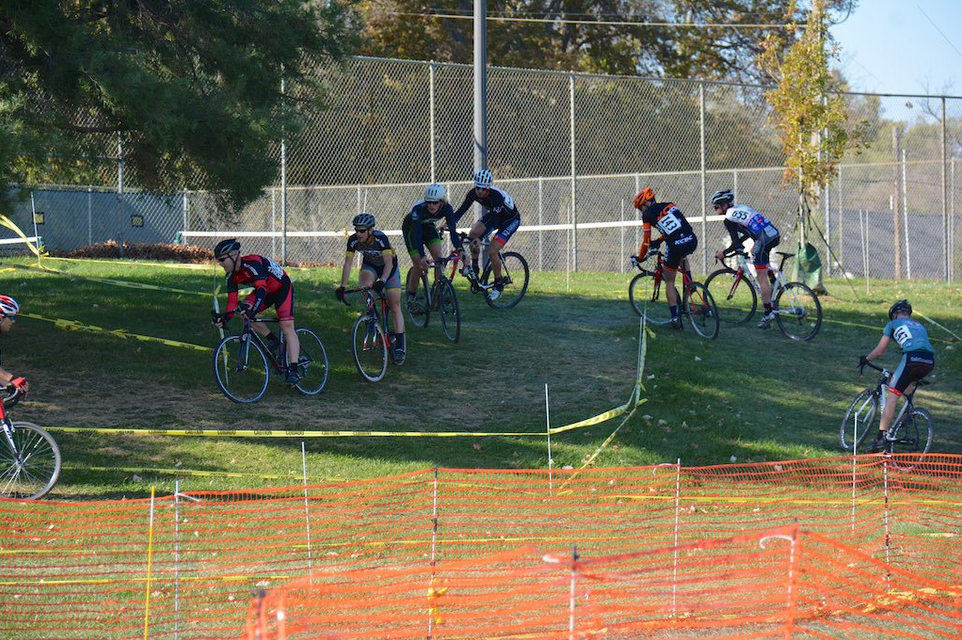 Riders in the category 3 field traverse the technical sections of the course.

Course conditions remained fast, probably faster than day one since the grass had been beat down from the first day of racing. Field sizes were also larger on Sunday. Riders and spectators were able to enjoy free Boulevard beer throughout the day and a food truck was on hand for those who needed a bite to eat while a live band provided a soundtrack for the races. 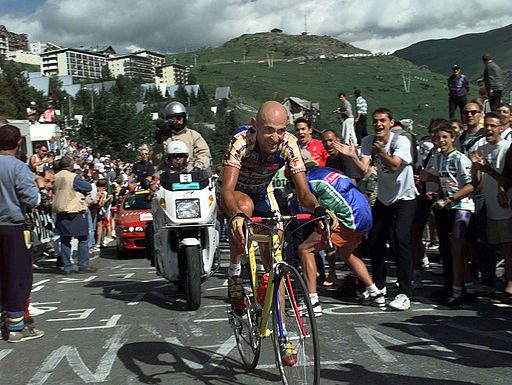 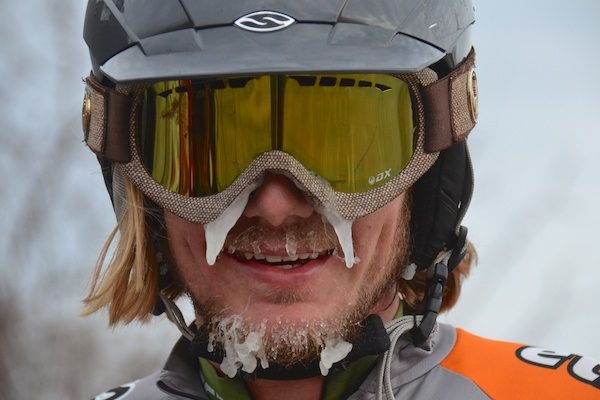 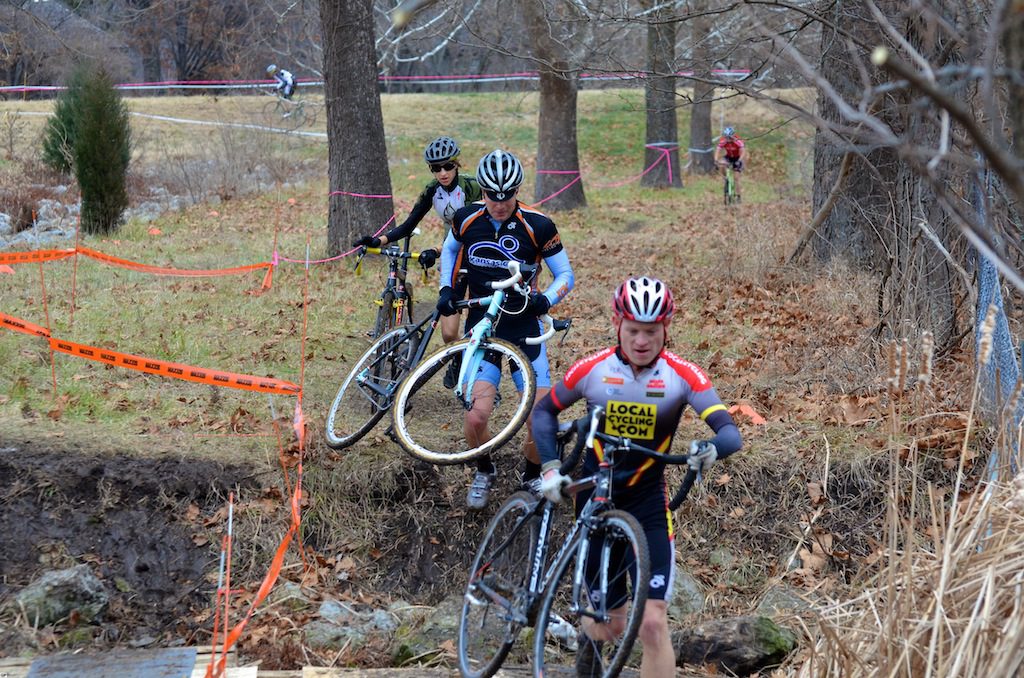