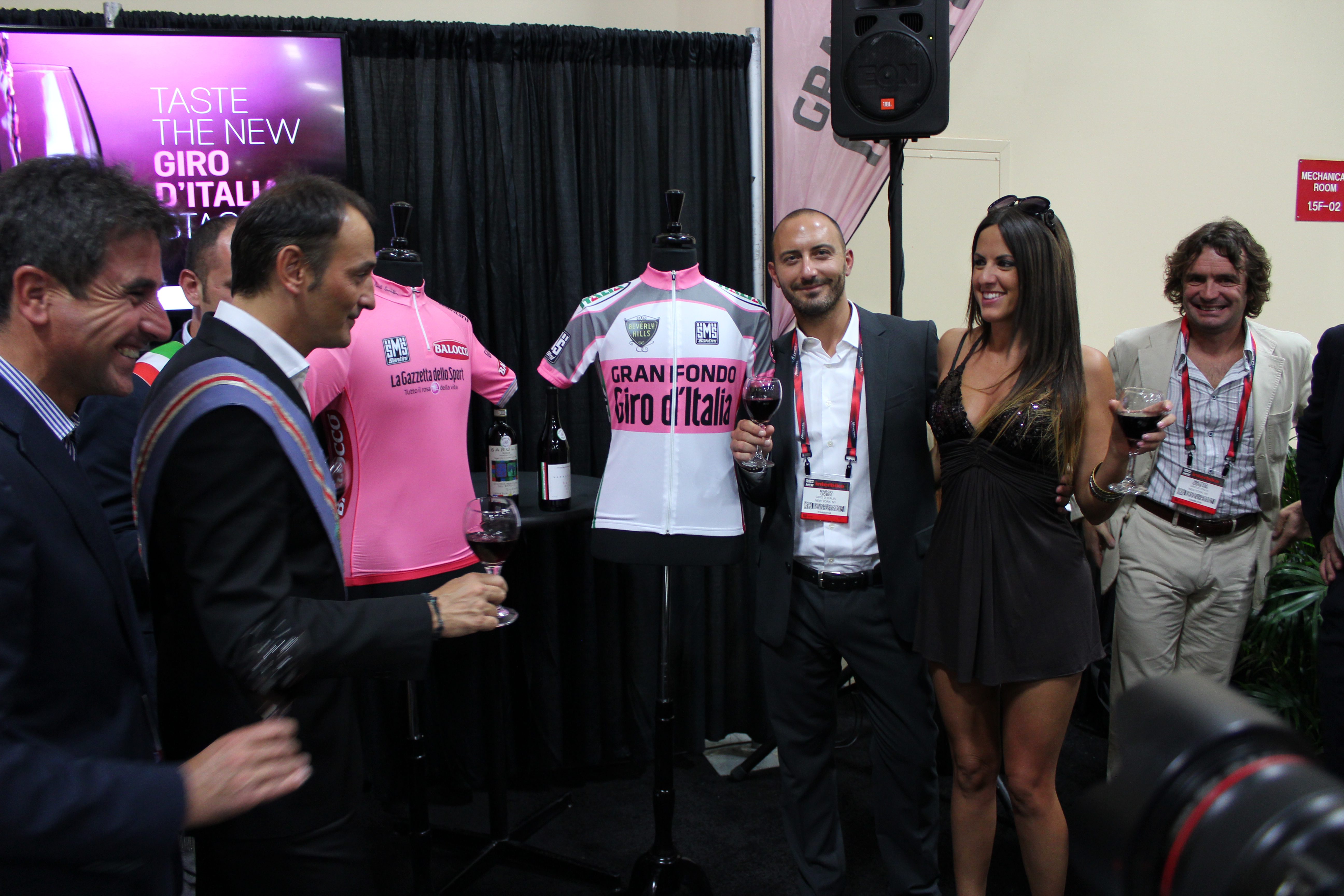 Las Vegas, September 18, 2013 – The 12th stage of the 2014 Giro d’Italia, organised by RCS Sport / La Gazzetta dello Sport, has been presented to the world’s cycling press.

The stage is scheduled to take place on 22nd May and will be a very challenging individual time trial of 46.4km amidst the backdrop of the famous northern Italian Piedmont Langhe region’s vineyards around the area of Alba.

Starting from Barbaresco, the route will descend into the valley of the Tanaro before settling into 30km of fast, straight and mostly flat roads. After Cherasco, the riders will start the Bergne climb, itself surrounded by vineyards, a fourth category climb with points for the King of the Mountains competition. 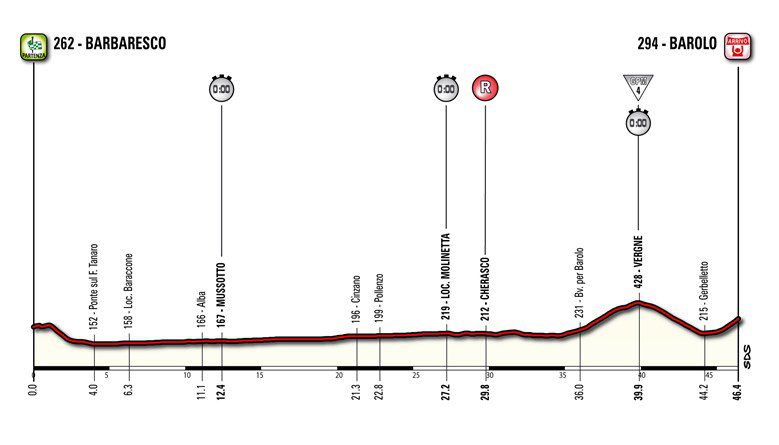 Following the summit, the course heads downwards amidst the picturesque vines along a very technical descent. This spits rides into the final short climb before the finish in Barolo. Besides technical riding, the area’s socio-cultural capital is central to the Corsa Rosa. The Piedmont Region itself is a land of wine and cycling that has given birth to so many champions: from Costante Girardengo, Fausto Coppi, and Franco Balmamion to Italo Zilioli to name just few. In 2014, the region will again host an amazing sporting event with a unique taste through the area.

Also presented at the press conference were the last two Gran Fondo Giro d’Italia in the United States, scheduled for 3rd November in Beverly Hills, Los Angeles, and 10th November in Miami. After the success of last year’s Gran Fondo Giro d’Italia events, the 2013 editions were confirmed in addition to the earlier three events that took place at this year’s Sea Otter Classic in Monterrey on 14th April, the Fivo Boro of New York on 5th May, and one in Pasadene on 2ndJune. Full information and details on how to register can be found on www.granfondogiroditalia.com.

“The Giro d’Italia is an increasingly international event,” said Marco Gobbi Pansana, Head of Marketing of RCS Sport Cycling.
“The best riders from around the world come to do battle; TV and media broadcast the event across five continents, contributing to a bigger attention and growing interest; and cycling fans from all over the world follow us throughout the year – through web and social networks.

“But just because the Giro d’Italia and Gran Fondo Giro d’Italia are becoming increasingly international, we also want to be global ambassadors for ‘Made in Italy’. We promote Italy, the most beautiful country in the world – its land, its history, its excellence, such as Barolo and Barbaresco, which now become a fantastic event for showcasing these beautiful areas; this is the legacy of how a sporting event can return value to the area in which it takes place.”

“Together with Italy and Made in Italy, we export to the world our way ‘to do cycling’, a mix of passion and professionalism, high technicality and atmosphere. For this reason, we also launched the Gran Fondo USA with the same successful recipe.”

“In Piedmont were born true legends of cycling, as Coppi and Girardengo,” said Alberto Cirio, Minister for Sport and Tourism of the Region of Piedmont.”

“A land shaped for two wheels, with more than 300 routes between mountains, plains and hill. The Giro d’Italia 2014 will offer a taste of it, beginning with the suggestive time trial stage Barolo-Barbaresco, which will pass through the beautiful landscapes of the Langhe wine area, candidate to become UNESCO World Heritage Site.”

“An interesting blend of wine and sport, provided by one of the stages of the Giro d’Italia 2014, the time trial stage Barolo-Barbaresco,” said Mauro Carbone, Alba Bra Langhe Roero Tourism Association Director.

“Two wines, along with that of Moscato, who will speak to the American public about the Langhe hills, the perfect location for cycling holidays. Activities beloved by Americans who, during their stay in our territory, together with the pleasure of the bike, join the discovery of the wine world. A common story: wines like Barbaresco, Barolo and Moscato, born in conjunction with the Giro d’Italia, they meet again this evening to celebrate the two Italian excellence in the world.”

“Barbaresco, Barolo… two cities that also give their names to two wines,” said Pier Bergonzi, Editor in Chief of La Gazzetta dello Sport.
“Two words that just say them and you have to smile thinking about the story they have behind and emotions that can produce. Just like the Giro d’Italia and our newspaper, which for over 100 years are synonymous with high-level sport but also of culture and traditions of our country. That’s why the time trial stage Barolo-Barbaresco has everything to become an iconic stage of the most loved race by Italians, and not only…”

The organizers stated that the stage will take place before the bulk of the climbing stages but were tight lipped about any other details ahead of their presentation of the full Giro route in October. 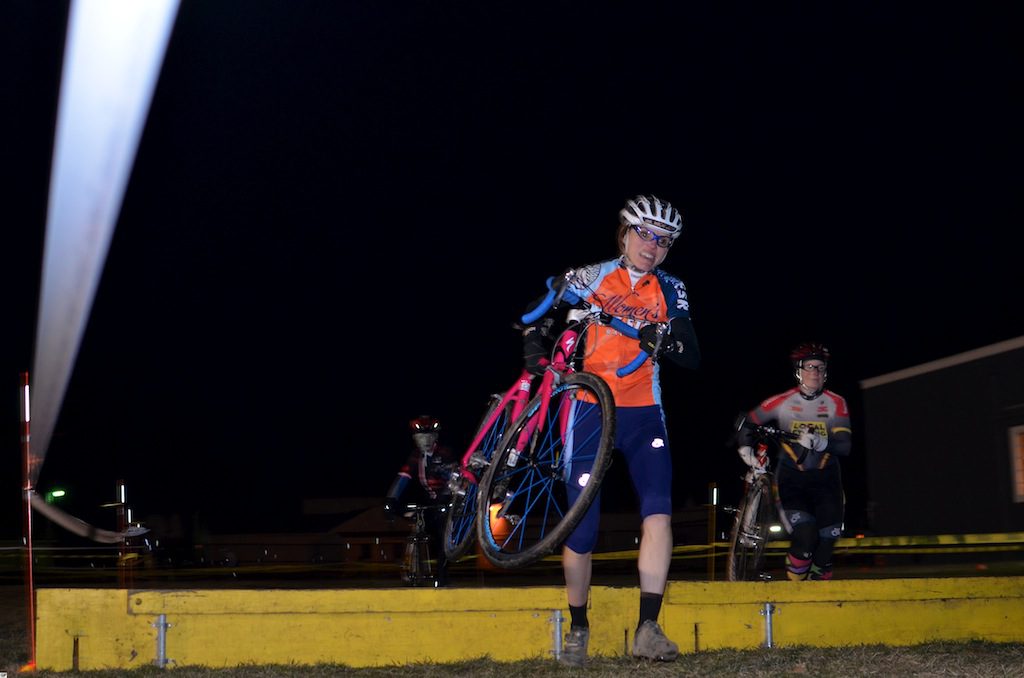 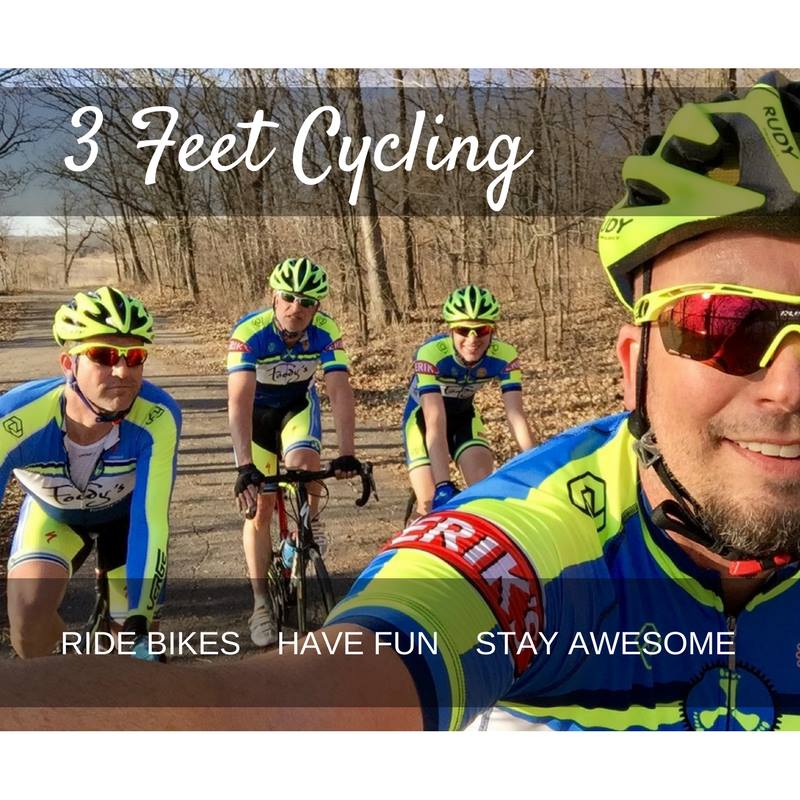 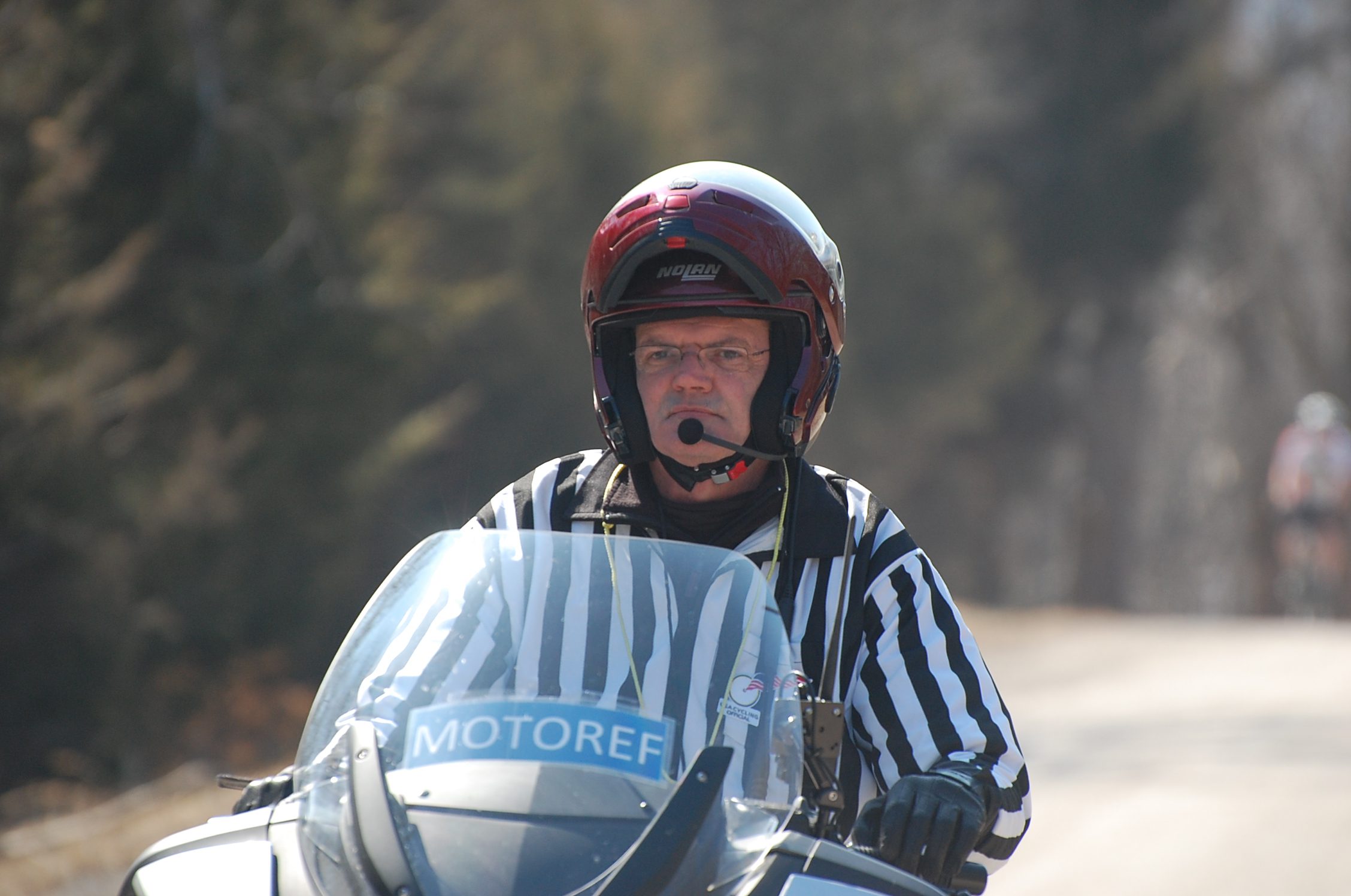 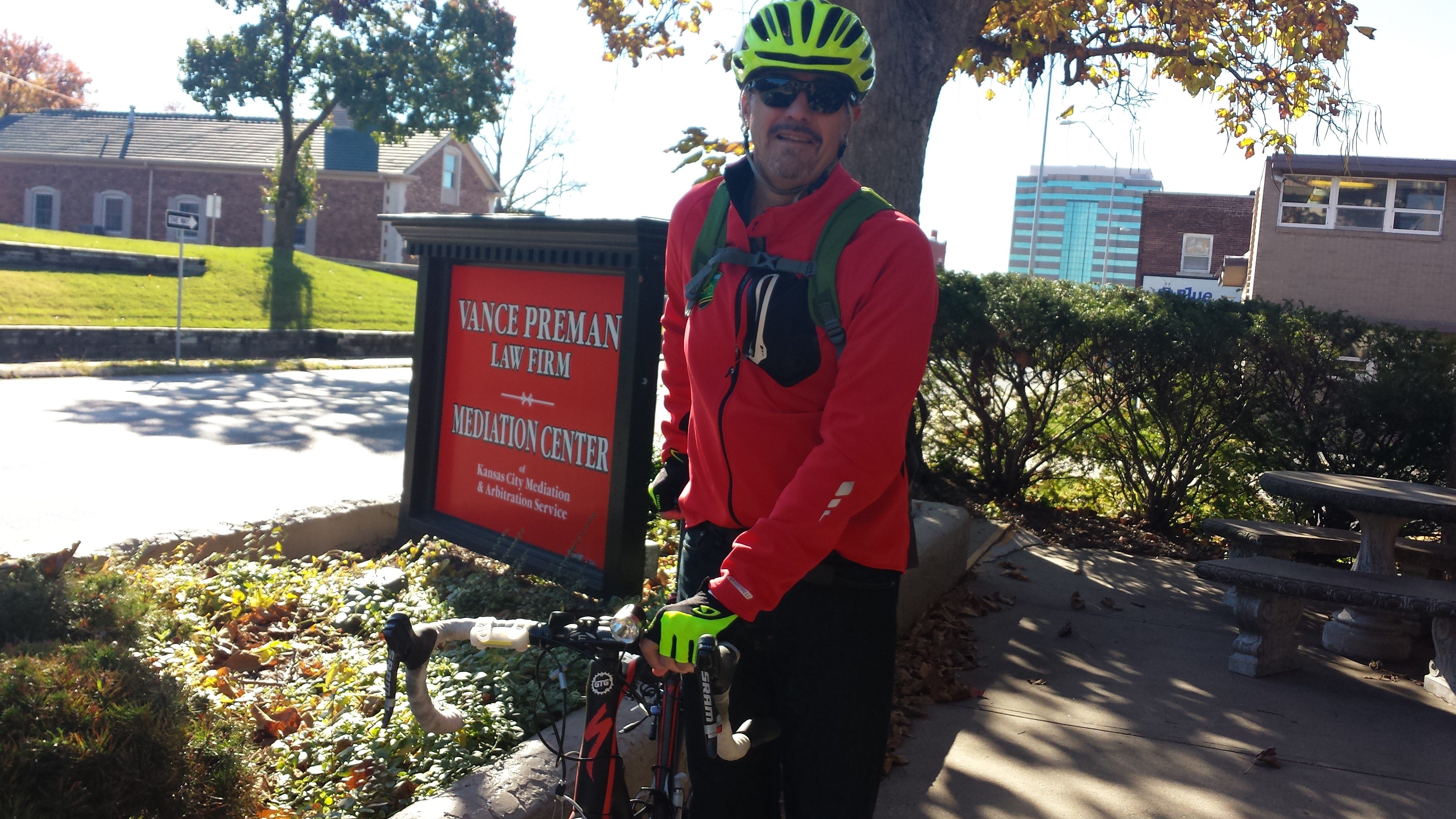 The Making of a Bike Commuter